At the Political Song Festival 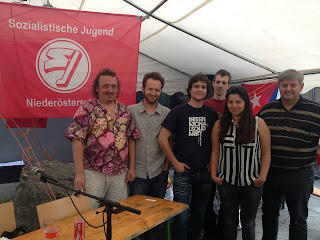 Decision making is of limited access, people self-organize themselves.

Public policies are oriented to the major players.

Inter-rail and Erasmus are very good, but that's all in three decades!

Economy is the satisfaction of human needs.

Land, Capital and Labour together produce the wealth.

Last times the visible fight was between Capital and Labour.

Both, Capital and Labour apparently agreed on depleting the Land.